ML Sultan Technikon represents a supreme example of what can be achieved through determination and the community spirit in the face of adversity. Unlike Technikon Natal, the institution with which it officially merged in 2001, ML Sultan Technikon was not a direct beneficiary of the apartheid regime, especially in the early apartheid years. Against a backdrop of racism that underpinned educational policies in South Africa for over a century, ML Sultan Technikon emerged to become a leading tertiary education provider.

The origins of ML Sultan Technikon and the provision of educational opportunities for Indian people in KwaZulu-Natal, go back long before Hajee Malukmahomed Lappa Sultan donated funds for a technical college in Durban in 1941.

The early years
In the late 1800s and early 1900s, labourers came from India to KwaZulu-Natal to work on the sugar plantations. In 1927, the Cape Town Agreement threatened Indian people without educational quali cations, with repatriation. Thus, the need to educate KwaZulu-Natal’s Indian community became pressing. before long, adult classes started up at St Aidan’s Mission School in Durban, followed soon after by the launch of technical classes in a range of subjects, including commerce, type-writing and book-keeping.

The establishment of the Worker’s Congress by Advocate Albert Christopher in 1928 marked the launch of a powerful forum which assisted many Indian people in gaining qualifications, especially in technical and commercial skills. The Congress pushed for educational facilities for working Indians. Working alongside Advocate Christopher was Mr PR Pather, and both men became important leaders in contributing to the advancement of working class people through education.

Advocate Christopher was elected as the Worker’s Congress President, heading up an organisation which had neither funds nor premises. Many voluntary teachers offered their services to the Congress out of a genuine commitment to uplifting people. As a result of the work, afternoon classes commenced in August 1929 at the Carlisle Street government Indian School, and evening classes at the Hindu Tamil Institute in Cross Street. by the end of 1929, over 230 students had enrolled.

Meanwhile, Afrikaner nationalism and separate development were spreading across South Africa and into all sectors of society. In a strategic move, Advocate Christopher invited Dr BM Narbeth, the Principal of the government-run Natal Technical College, to visit the classes in Carlisle and Cross streets. Narbeth drafted a report for the Minister of Education and was subsequently given permission to assist the Indian Committee of Management.

In June 1930, volunteer teachers and interested people assembled for the rst meeting of the Indian Technical Education Committee, which marked a key stepping stone towards the establishment of the ML Sultan Technical College. The following year, government pledged an annual grant-in- aid of £150, with the Durban City Council swiftly following suit. The Carnegie Corporation funded equipment and machinery while the Indian community also contributed generously. In this way, educational facilities developed and classes grew rapidly. Soon, relocation to larger premises at Sastri College and the Hindu Tamil Institute became necessary, while further diversi cation of courses attracted more and more students.

A turning point for education – ML Sultan pledges funds for a new College
By 1941, with student numbers topping 600, it was clear that a consolidated campus was needed to co-ordinate teaching and classes. However, financial reserves for such an undertaking were simply not available. Hopes for this dream were realised in 1941 when Hajee Malukmahomed Lappa Sultan pledged £33 000 for the construction of a technical college. The government agreed to subsidise construction of the building on a pound for pound basis, while the Durban City Council resolved to donate a building site and provide initial funding.

The donation by Sultan dramatically changed the face of the education sector in KwaZulu-Natal and provided new educational opportunities to “non-white” people that had previously not been available in the region.
​
Part-time classes continued until 1946 when the Minster declared the ML Sultan Technical College an approved institution for Higher Education, in terms of the Higher Education Act of 1923. Its first principal, Major H Nattrass, a soldier turned educationist, was appointed in 1947.
With the National Party coming to power in 1948, the Durban Corporation stalled in finding a satisfactory site for an Indian institution. Plans for the new College were drawn and re-drawn as the site for the College was changed again and again. Finally, in 1953 the Durban City Council presented the title deed to a site at Curries Fountain. In July 1954, Advocate Christopher turned the rst sod, and construction in Centenary road began. Later that year, the foundation stone was laid by Dr BM Narbeth, Chairman of the College Council and Principal of the Natal Technical College.

before the completion of the new building in Centenary road, the administration of the ML Sultan Technical College took place from a single room on loan from the University of Natal. At times, 250 students were in attendance every evening, and examinations were arranged for around 3 000 candidates. Despite the cramped conditions, a spirit of goodwill prevailed.

In addition to grants from the ML Sultan Charitable and Educational Trust, financial support for the College was obtained from the Durban City Council, the Natal Indian Cane growers Association, the Catering Industry of Durban, the Indian building Workers Union, the Natal Indian Master Printers Association, and the Durban branch of the South African Typographical Union. As a result, an assembly hall and theatre and facilities for home-craft, catering services and secretarial classes were established.

In the years that followed, there was substantial progress. The number of students grew as the advantages of technical and commercial education were realised, while facilities were extended to Tongaat in the North and Umkomaas in the South.

A new landmark for Durban
On 7 August 1956, the ML Sultan Technical College was of cially opened, an impressive three-storey building with a frontage of 90 yards standing back from Centenary road. With 240 full- time students, 4 760 part-time students and nine branches in full operation, the College Council and all those who had worked towards that moment, could congratulate themselves on the creation of an outstanding institution.
By the late 1950s, the Nationalist government had been in power for over a decade, and apartheid extended its influence in the education sector.

Legislation promotes college status
Following the passing of the Indian Advanced Technical Education Act, the institution became a College of Advanced Technical Education in March 1969. This meant that the College was on par with other colleges in South Africa engaged in tertiary education. However, the ML Sultan Technical College remained unique because it retained several facets of education not offered by other Colleges. In May 1979, the status of the College was changed to that of a Technikon. In 1984, the ML Sultan Technikon became a full tertiary institution consisting of nine schools. Five years later, these schools were restructured into four faculties: Arts, Engineering and the built Environment, Science and Commerce.
growth of the ML Sultan Technikon’s facilities continued with a new seven- oor academic block completed in 1987, and the relocation of the Hotel School to new premises in Ritson Road in 1989. by 1991, a new multiple-storey administrative and academic block had been erected.

A new era dawns for education
The Technikon Act of 1993 empowered technikons to respond to the challenges of transformation, and the pernicious era of apartheid nally began to shut down. The revised Technikon Act of the same year allowed technikons to award degrees. Empowered to offer nationally and internationally recognised quali cations, technikons could align themselves with other higher education institutions. They could determine their own statutes and rules in consultation with unions and Student representative Councils.

However, it became clear that legislation alone could not address the challenges and changes facing ML Sultan Technikon. Transformation needed to be real and not merely symbolic. The transformation of ML Sultan Technikon was initially characterised by con ict between staff, management and students. The resignation of the executive management in 1996 paved the way for the establishment of an interim management team comprising Professor CF Cresswell as Acting Vice-Chancellor and Principal and Mr US Purmasir as Executive Administrator. Together with the broad Transformation Forum, change was more strategically addressed.

Hajee Malukmahomed Lappa Sultan
Hajee Malukmahomed Lappa Sultan came from a lineage of deeply religious men who understood both secular and spiritual issues, and had great empathy for the human condition. ML Sultan arrived in South Africa from Southern India in 1880. He worked as a porter at the berea road Station in Durban, later relocating to the Transvaal where he worked as a waiter in a hotel. Three years later, he returned to Natal, and after a short stint farming at bellair, moved to Escombe where he specialised in the production of bananas, paw-paws and pineapples, and established a dairy.

Dr A Soloman Principal 1970 - 1998
Professor BC Goba served as Vice-Chancellor and Principal from 1997 and faced the difficult task of balancing the needs of change, with the imperative of retaining the positive aspects of ML Sultan Technikon’s culture. Upon Professor Goba’s retirement in April 2001, Professor DJ Ncayiyana took up the reins, leading the institution through its final year as ML Sultan Technikon. It was a challenging year, during which both staff and students sought strong leadership as ML Sultan Technikon

In 1905, he married Mariam Bee. The marriage was blessed with four sons and six daughters. The tragic loss of his wife in 1933 came as a deep shock and Sultan sought refuge in his work, launching a wholesale and retail business in Durban. The success of this business saw him investing in property and establishing a soft goods industry, called ML Sultan and Sons.

ML Sultan walked 12 miles from Escombe to Durban to keep an appointment because the trains were out of service.
By 1942, he was a wealthy man and was able to make his dream of building a technical education facility for Indian people a reality. He strongly believed that young Indians should have opportunities for education to prepare themselves for employment in industry, business or a profession of their choice.
In 1949, the ML Sultan Charitable and Educational Trust was formed. Of the capital sum of £100 000 donated by ML Sultan, £33 000 were allocated for the establishment of the College. ML Sultan also expressed his wish that education be carried to Pietermaritzburg and to the north and south coasts.
One of the bright memories of his last few weeks was the praise that he rendered to god when he held the title deed from the Durban City Council of the plot earmarked for the new College. ML Sultan died at his home in Escombe, KwaZulu-Natal, on 6 September 1953, a few days after learning of the grant of £11 250 by the Durban City Council towards the College that was to bear his name.
​Source - Durban University of Technology 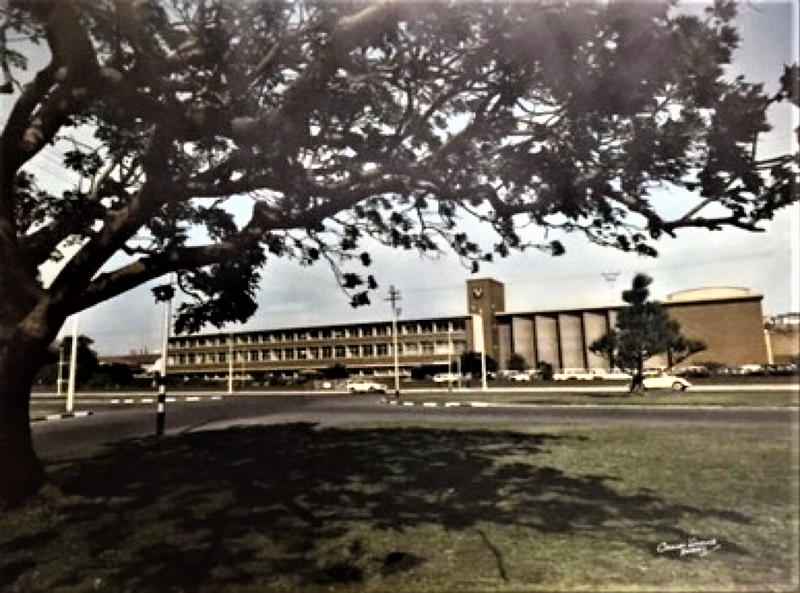 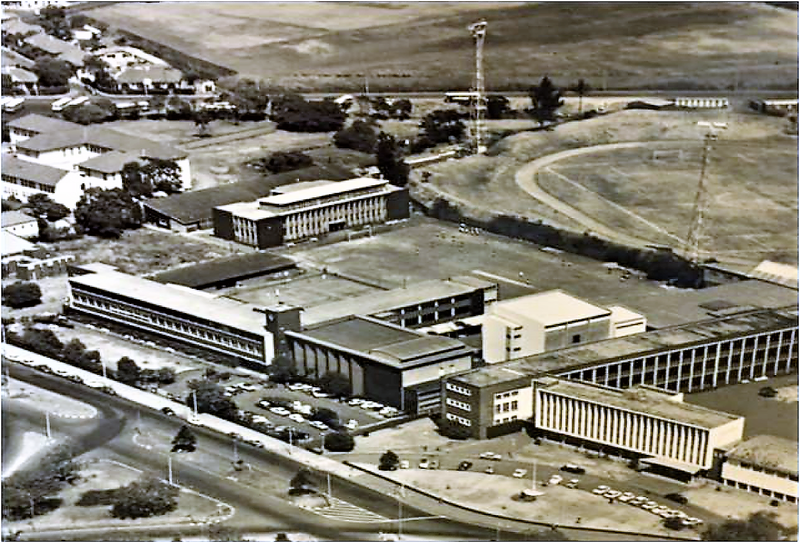 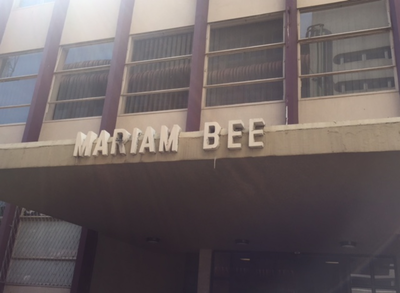 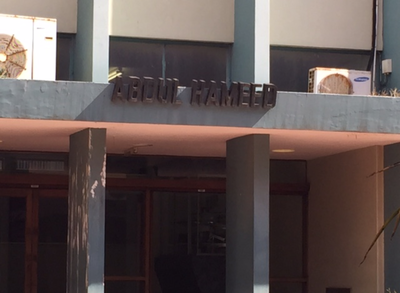 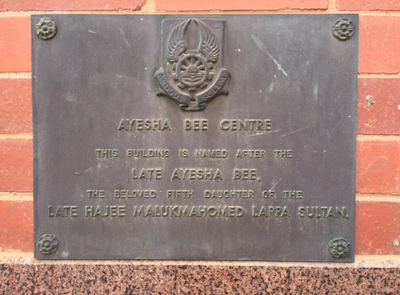 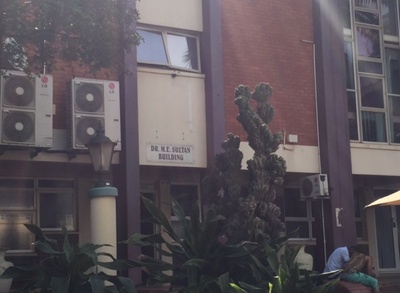 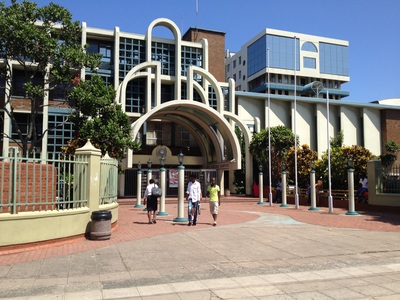 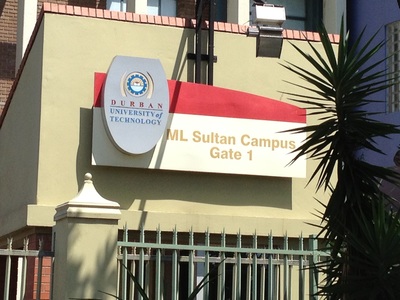 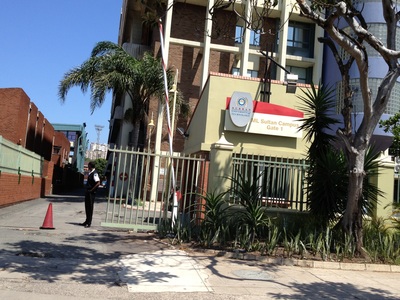 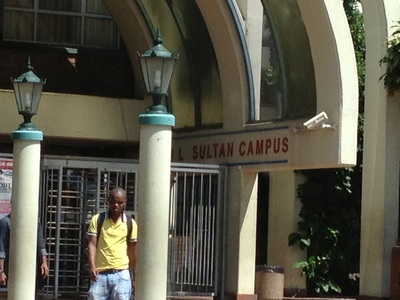 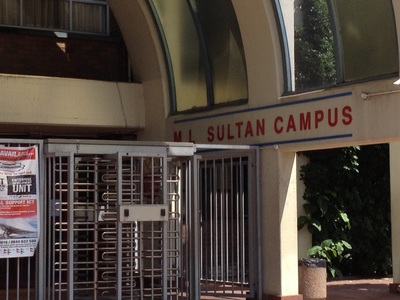 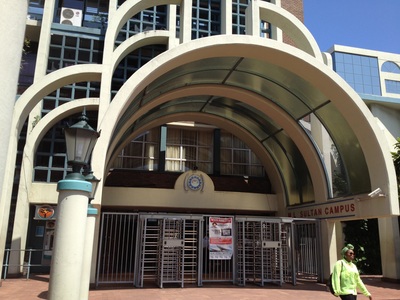 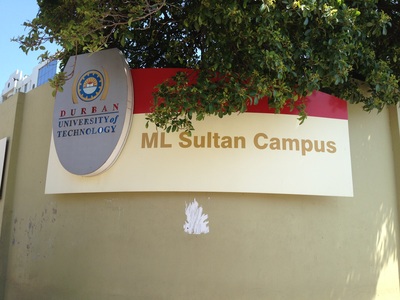 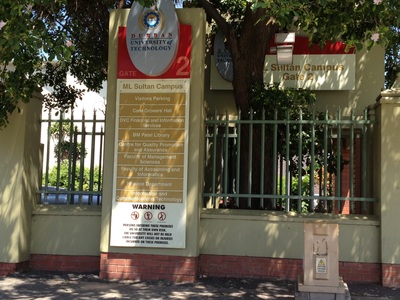 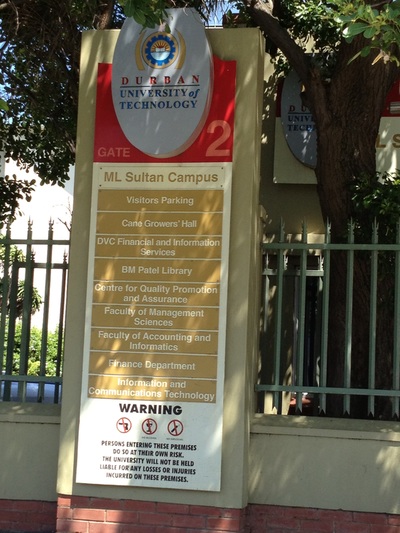